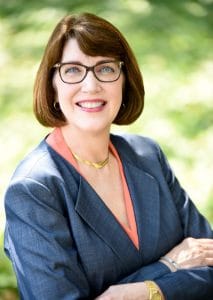 Dr. Glenn earned her dental degree at the University of Texas Dental School at San Antonio in 1982. She completed a Master of Science Degree and a Certificate in Orthodontics from Baylor College of Dentistry in 1984, where she was the fourth woman to graduate from that program since it began in 1961. Dr. Glenn, active in women leadership issues, was appointed to the Texas Dental Association’ s Council on Membership in 1997, where her work to increase involvement of female and minority dentists at the state level continued. She was recognized by the Dallas County Dental Society with their 2018 Lifetime Achievement Award.

Early in her career, she joined the orthodontic faculty at Baylor College of Dentistry, teaching part-time as a Clinical Assistant Professor from 1988 to 1995. In 2016, returned to part-time teaching as an Adjunct Clinical Professor in the Department of Orthodontics at Texas A&M University College of Dentistry. In 2018, she was honored with the H. Eldon Attaway Award, which is given to an outstanding part-time faculty member. Starting January 2020, she assumed the position of Assistant Clinical Professor and Graduate Orthodontic Clinical Director. Dr. Glenn is currently teaching 30 hours (75% FT) while continuing in her practice part time.

The Lucy Hobbs Taylor Award is the highest honor given by the AAWD and was first presented in 1983 honoring Lucy Hobbs Taylor for being the first woman to earn a doctorate in dentistry. AAWD presents this award to a member who exemplifies a true professional with accomplishment in one or more areas of dentistry, organized dentistry, academia, government, anthropology, archeology, philanthropy, and consulting. With at least 10 years membership in AAWD and a career as a licensed dentist for 20 years or more, the recipient demonstrates a record of mentoring women dentists and/or service to organizations that further the cause of women in dentistry. AAWD will officially present the award to Dr. Glenn during AAWD’s 100th Anniversary Award Ceremony on April 21, 2021.

Founded in 1893, the goal of the American Association of Women Dentists is to serve as the leading resource for advancing, connecting, and enriching the lives of women dentists. AAWD offers a variety of programs and services that benefit the unique needs of women dentists. For more information, call 800-920-2293.